A pipe union is used to connect two pipes and the connection is secure and semi-permanent. It consists of two pipes connected together via a third piece, and all three parts are threaded. The pipe unions are similar to threaded couplings, they are usually easier to remove and allow pipes of different metals to be securely connected together. This connection method is common in home and business plumbing systems.

At first glance, a pipe coupling and a pipe union seem very similar. Both use a male and female threading system to connect the two pipes together. The main difference between the systems comes from the actual method of joining. Two connected pipes are screwed together directly, one inside the other. To take the pipes apart, each pipe connected to the coupling pipe needs to be rotated. In a complete piping system, this means the entire system needs to come apart to remove one pipe.

With a pipe union, the two ends of the pipe are not screwed together but are screwed into a third piece. When one pipe needs to come apart from the other, the union piece simply screws onto one of the two pipes completely. If both ends of a pipe are attached using a union, the pipe may be removed on its own without unscrewing the other pipes in the system.

Pipe union is a type of fitting equipment designed in such a way to unite two pipes that can be separated without causing any deformation to the pipes. Any kind of small diameter pipe connection needs to be positively sealed and easy to install and remove with the help of pipe union.

Any kind of small diameter piping connections requiring a positive seal and easy assembly as well as disassembly is made with the help of pipe union. In other words, the pipe unions can easily take two pipes apart. They are widely demanded in the pipe fitting market.

With the joining of the female and male ends, the nuts are used to provide the necessary pressure to seal the joint. The parts of the pipe union are normally locked together by at least one radial screw or nut with a sized cross-section. When severe pulling stress is applied onto the pipe union from the outside, the locking screw breaks and removes the two parts of the union, which in turn separates together with the pipes to which they are attached. Under normal conditions elastically stressed sealing objects ensure the maintenance of water tightness between the union parts.

ASME B16.11-2016 Standard-Specification for Forged Fittings, Socket Welding, and Threaded

Package: In wooded cases or pallets, or as for clients' requirements. 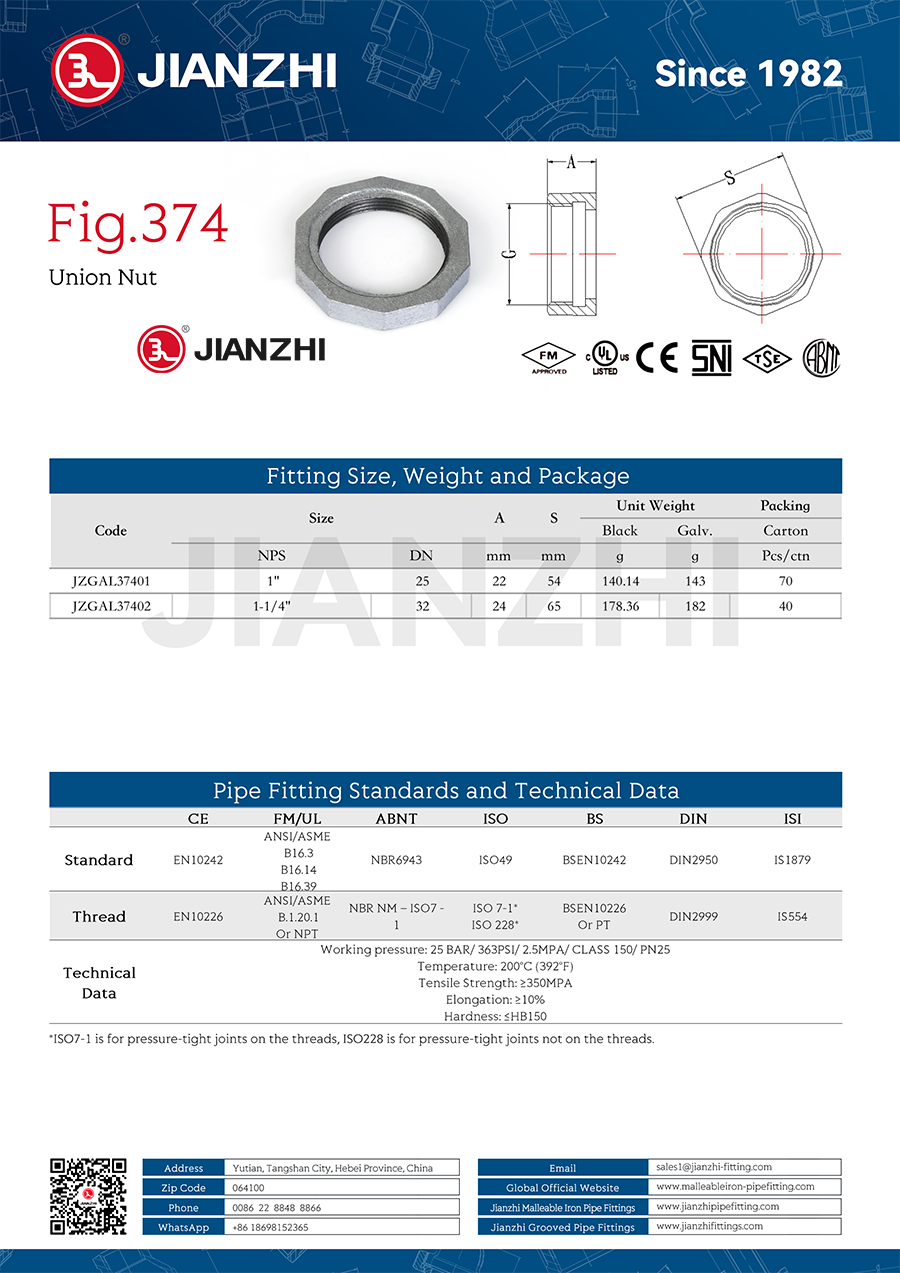